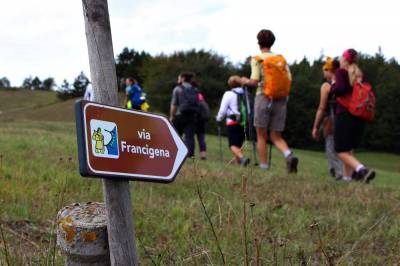 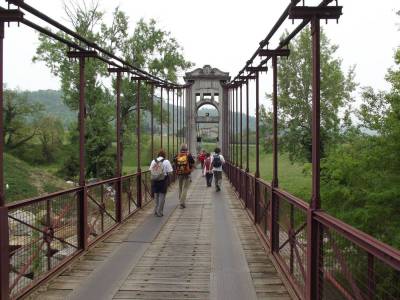 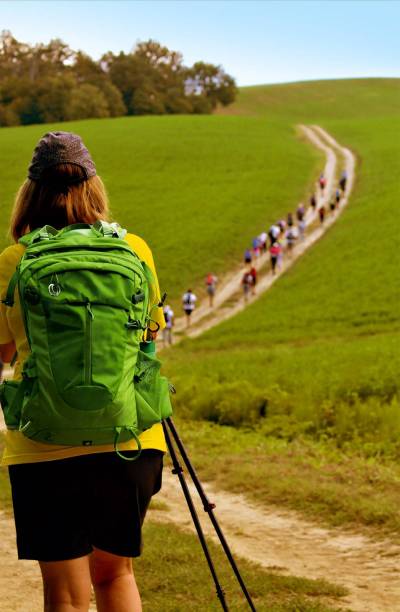 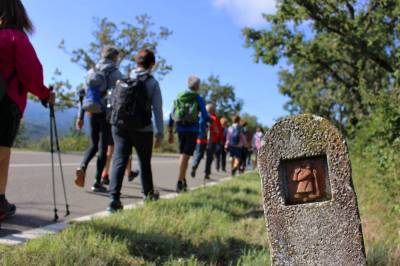 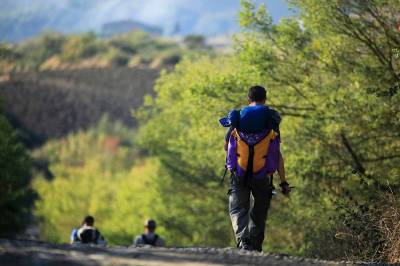 Much like the religious pilgrims of the past, today’s slow travelers set out on these walks not simply in search of atonement, but rather in search of a sense of inner peace, clarity of mind and overall wellness through the journey itself.

Coming from beyond the Alps, the pilgrims went through Italy from north to south, passing through Emilia Romagna. They crossed the Apennines reaching Tuscany or Umbria, Assisi or Rome, or they followed the coastal routes to Ravenna, Classe, Cervia, Cattolica, crossing over the Via Emilia and Via Flaminia in several points, to reach the ships in Puglia going to Jerusalem and the Holy Land.

Emilia-Romagna offers the chance today to walk along 18 of these ancient pilgrimage routes on both pedestrian and bike paths, characterized by a strong spiritual, historic and natural value. These paths have maps and for the most part have signs with specific indications. Among them the Via Francigena and the Via Romea Germanica, both of them recognised by the European Council as “cultural routes”; ancient European pilgrimage itineraries going to Rome; the Via degli Abati (Abbots’ Way), which goes along the paths followed by abbots to cross the Apennines; the Wool and Silk Road, going through beautiful natural spots as well as historic and cultural sites in the Apennines; the Via degli Dei (The Way of the Gods), which connects Bologna to Florence; the Path of Matilde di Canossa which unites the Reggio Emilia Apennines with Tuscany; Dante’s Way, between Romagna and the Casentino region retracing the route that Dante Alighieri.

Alta via dei parchi, running along the Apennine ridge of Emilia Romagna and Tuscany, linking all the pilgrimage trails and routes that cross Emilia Romagna.

In the footsteps of pilgrims