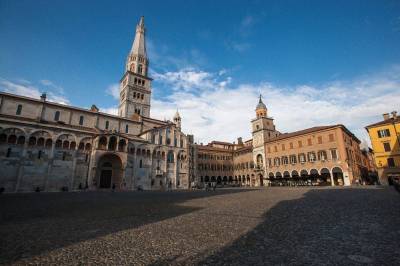 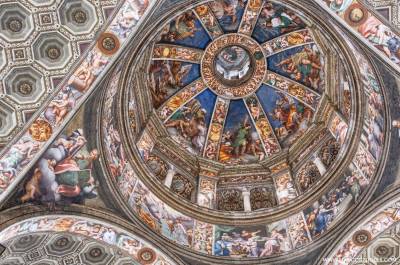 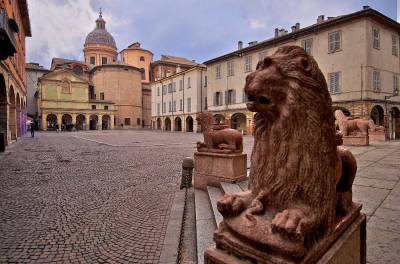 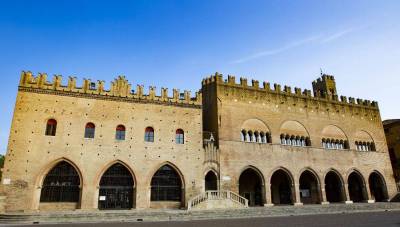 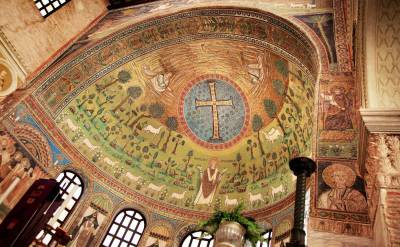 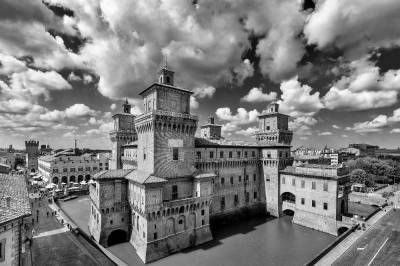 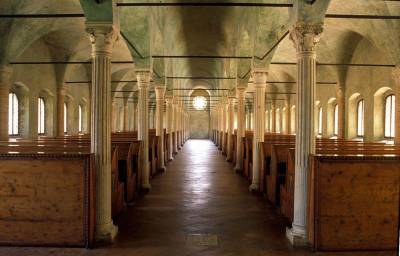 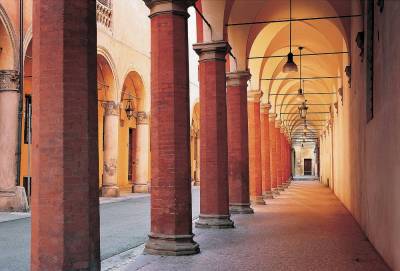 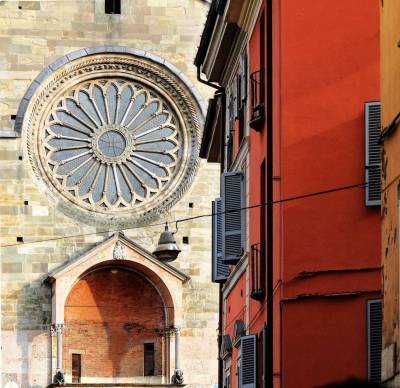 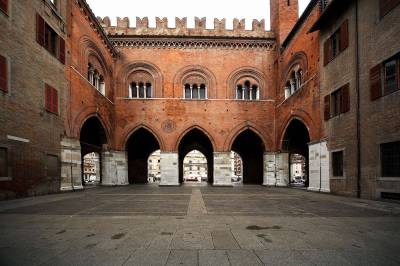 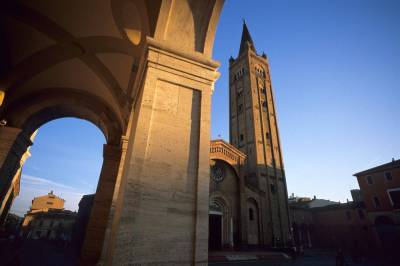 From ancient to modern, along the Via Emilia you have the unique opportunity to experience the genuine Italian richness in culture.

UNESCO’s World Heritage List includes: a Romanesque cathedral adjoining Piazza Grande and the Ghirlandina tower in Modena, the center of Ferrara, dating back to the Renaissance, eight sites in Ravenna, the golden town, that shimmer gold because of their unique mosaics celebrating this year Dante 700 anniversary.

Step back in time visiting one of  the 22 medieval villages that can be found surrounding the castles of Parma and Piacenza or strolling under the almost 40 km of porticoes in Bologna which hosts the oldest university in the western world, founded in 1088.

Among the many monuments of Parma (2020+21 Capital of Italian Culture) the square facing the cathedral and the baptistery is one of its most precious architectural jewels. Reggio Emilia, too, holds several treasures, such as the grand baroque Basilica della Madonna della Ghiara.

A stroll through the Renaissance and neoclassical town center of Faenza feels almost like walking through an open-air art gallery. Every corner of Forlì and Cesena tells the story of wars, loves, intrigue and power of the Malatesta, who ruled over these towns for several decades.

Even the popular seaside town of Rimini is also a charming historic town, full of monuments dating back to the Roman era (such as the so-called “Surgeon’s house”), or the Renaissance era and its newly restored Galli Theater or the recently open PART museum.